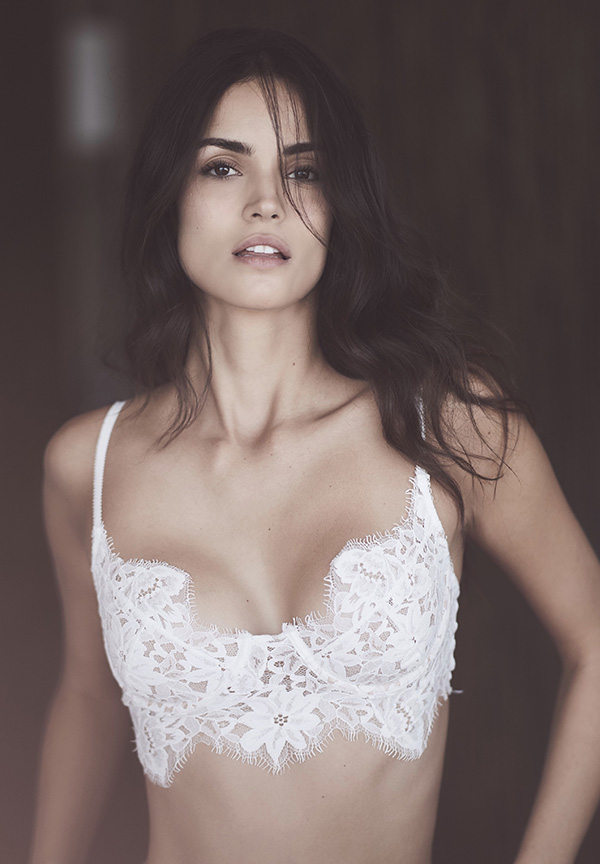 Born in Porto Alegre, located in the South of Brazil, Brazilian beauty Sofia Resing comes from a small family. Her fondest childhood memories involve endless vacations at her family beach house, reading books at her favorite hammock and surfing. Having never opened a fashion magazine, in her early years she spent her time reading Brazilian literature in the school library.

Often called “the broom” in her school for her tall frame and bulky thick hair, modeling was never on Sofia’s mind until she escorted her sister to a local model contest. Sofia ended up in the final but she decided to stay in school instead and did a few modeling jobs on the side. In her last year of school she traveled to Europe, cast by an European agency and began to work immediately in the European market. It was her first time ever out of Brazil.

While on a trip in Miami, she attended a Halloween party dressed as the Green Hornet and, fully in costume, was scouted by a New York agent. This chance meeting led her to the Big Apple where she signed her first modeling contract in the United States.

Living in New York since then, Sofia has been featured in numerous editorials in several countries for ELLE, Glamour, Marie Claire, VOGUE, L’OFFICIEL, Harper’s BAZAAR, MAXIM and GQ. As well as been working with iconic photographers such as Mario Testino, Thierry Les Goues, Phil Poynter and Ruven Afanador. 2016 brought Sofia a most coveted spot in the Sports Illustraded Swimsuit Issue.

Considering herself as a nature lover and a outdoors person, Sofia loves her location shoots and loves to travel. She leaves her Instagram and Social Media followers speechless with countless photos and videos from most beautiful locations she goes around the world. Also as a water lover, between Stand-up Paddling and Snowboarding, her biggest hobby is bodyboarding. You may find her in a line up in Long Island, New York or in a beach in Costa Rica. While in the big city she is adept of a healthy lifestyle, including starting her day with a green juice and yoga and ending many times with a weight training session and an organic meal.

Sofia’s personality, career and style is indeed out of the books and as said by Brazilian VOGUE, she is a must follow on Instagram to keep seeing this Brazilian bombshell in many more extraordinary things to come.